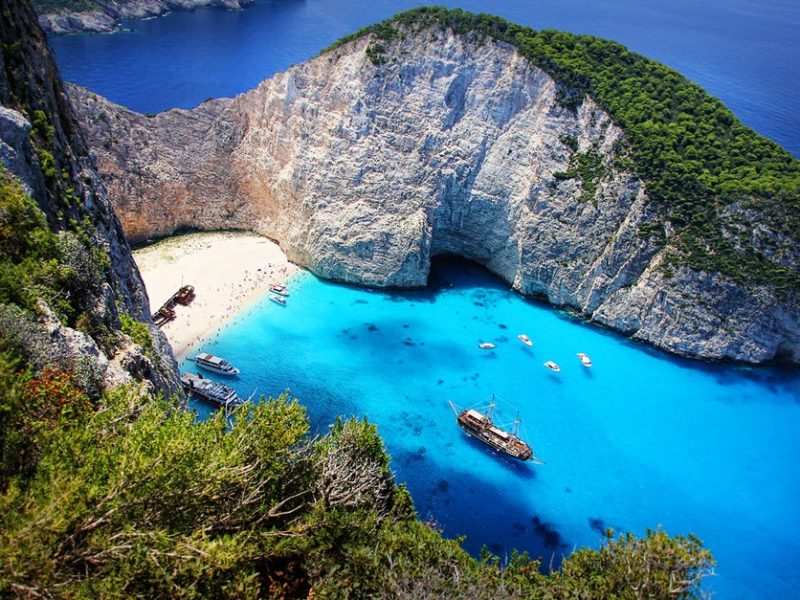 Mykonos is one of the Greek islands, with the town of the same name sitting on its west coast. Most of the 10,000 inhabitants live in or around this town, as it tends to be the part of the island tourists head for. After a varied and at times violent history, tourism became the dominant income for the local economy after important excavations were carried out by the French School of Archaeology late in the 19th century. In the 1930’s it became popular with artists, politicians, and other wealthy Europeans. It really became a key tourist spot after World War II. They started to flock back to the place nicknamed the Island of The Winds in the 1950’s and now it is one of the most popular places for tourists heading to Greece.

Places To Visit On Mykonos

You do not need to concern yourself over the nickname of Mykonos; it has sunshine for 300 days of the year. You will not find yourself on a very windy island, as the name has its routes in Greek mythology. You will find the opposite for most of the year: really pleasant weather in which to visit the wealth of beautiful places and Mykonos villas the island has to offer.

There is no end of other places to visit on the island of Mykonos, depending on what sort of time you are looking for that particular day. Often, it’s best to think of the key places you want to visit before you book your accommodation, to make sure everything is accessible from where you are staying. Many people decide to rent places such as Mykonos villas from BlueVillas, due to the fact that they offer a range of different villas dotted across the map.

Mykonos is one of the top Greek destinations for nightlife. Visitors’ travel from all parts of the world to be able to enjoy the nightclubs, beach bars, and parties that last all night. The mix of nightlife on offer is very diverse, and it reaches every part of the island. There are shows, live music, and DJ’s all helping to create a great atmosphere of fun and relaxation.

It was in the 1960’s that the parties began, and they have helped to encourage tourism in an area that now attracts celebrities and movie stars. As well as being popular with the younger generations, it also has an active LGBT community, thanks to the tolerance of the islanders and the number of bars that welcome them.

Getting Around On Mykonos

You will arrive on the island either by plane at Mykonos International Airport, on a flight that takes just 25 minutes from Athens, or by boat or ferry. There are high-speed vessels that travel to and from the island daily, both from Athens and other islands in the area.

It has a regular bus service for most places, with three main bus depots, each of which covers a different area. Small boats transport visitors to the many different beaches, as well as to the other islands that are nearby. There are also taxis’ available and it is not unusual for the drivers to act as tour guides as well.

A pelican called Peter is the mascot of Mykonos. Pelicans wander through the streets and alleyways and are a particular favourite with children. Although they prefer the harbour areas, you are likely to come across them on all parts of the island.

Declared the island’s mascot in 1954, the original Peter passed away after 30 years of holding the position and the whole island mourned him. When Jackie Kennedy-Onassis heard of the death and how upset the island residents were, she donated a new pelican called Irene. It is also believed that Hamburg Zoo donated another pelican named Peter.

Whether you are looking for excitement at night time, a relaxing holiday, adventures with swimming and snorkelling or just want to see Peter the pelican, visiting Mykonos is something you will not regret, and like many thousands of other tourists, you might just return again and again.