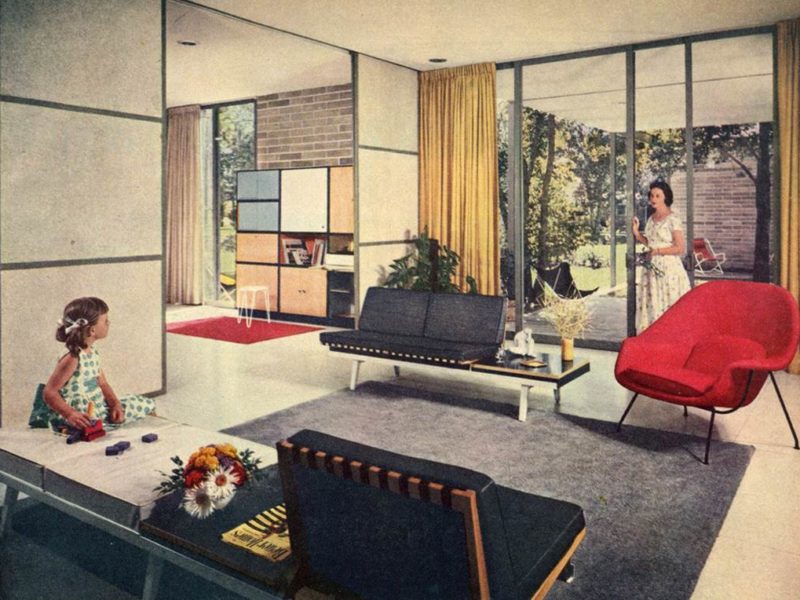 The history of interior design:

Human beings have sough to decorate their living spaces for thousands of years. In fact, the ancient Egyptians actually decorated their rudimentary mud huts with decorative vases and animal skins, in attempt to make their home’s more attractive spaces to live in.

In fact, ancient Egyptian Pharaohs, also used decorations such as gold statues in order to decorate the inside of their palaces and tombs. So if you assumed that interior design was a modern concept, which emerged in the last few hundred years, think again!

In fact, further back in history early man would use wall paintings, in order to decorate their dwellings.

2. The origins of interior design: Ancient Rome and Greece

Like the ancient Egyptians the ancient Romans and Greeks took pride in interior design. As an example, wealthy Roman citizens would display beautifully carved furniture in their homes and would use bold tapestries and luxurious pillows to show off their wealth and status.

Furthermore, both the ancient Romans and Greeks would use painted murals, to decorate their home’s living spaces. Which could be seen as an early form of what is now known as a feature wall.

Elise de Wolfe has the honor of being the first professional American interior designer. De Wolfe was born in 1865 and signed interior decorating deals with Conde Naste which which is a well known American media company.

Jean-Michel Frank was a celebrated French interior designer who established a name for himself in the 1930s. Frank was a minimalist whose favorite decor colour was white but whose designs also boasted a touch of opulence. Many of Frank’s designs featured priceless pieces of artwork, bronze doors and quartz lamps as well as soft sheepskin chairs.

Some of Frank’s high profile clients included Hermes, one of France’s elite fashion houses as well as the Rockefeller family. The latter of whom were one of the wealthiest families in the US, in the 1930s.

Unfortunately Frank committed suicide at the age of 41, when he jumped from a skyscraper.

Albert Hadley was known as the dean of American decorators and was known for his love of mixing a wide variety of design styes. Some examples of prominent American families who hired Hadley as an interior decorator include the Rockefeller family, the Melon family, the Astor family and the Getty family!

In conclusion, if you assumed interior design was a relatively new art form think again as while interior design flourished in the past 150 years, human beings have sought to make their living spaces as attractive as possible for most of human history.

Feeling Overwhelmed While Travelling Abroad? Here Are A Few Easy Fixes
BonWorth Discusses The Importance Of Clothing For Women